We are all about supporting and protecting you at E.C. Cooper and providing you with Auto Insurance. To that end, here are some really weird traffic-ish laws from New York and its neighboring states. 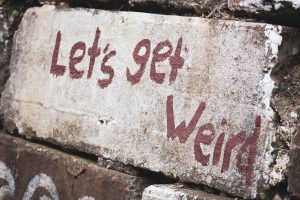 Photo by Ryan Stone on Unsplash

In Youngstown, Ohio, make sure you have plenty of gas, because it’s illegal to run out of gas there.

In New Jersey, it is illegal to plant trees in the middle of the street.

In Pennsylvania, law prohibits motor vehicles from being sold on Sundays.

Also in Pennsylvania – a state that has some pretty odd, archaic laws on the books — when driving on a country road at night, you must stop every mile and set off flares or other warning signals and then allow ten minutes for livestock to clear the road.

In New Jersey, it is illegal to frown at a police officer.

In Connecticut, a fire engine should not exceed 25 mph, even on the way to a fire.

In the city of Rutland Vermont, it is illegal for cars to backfire.

And in New York? In Sag Harbor, it is illegal to disrobe while in your vehicle.